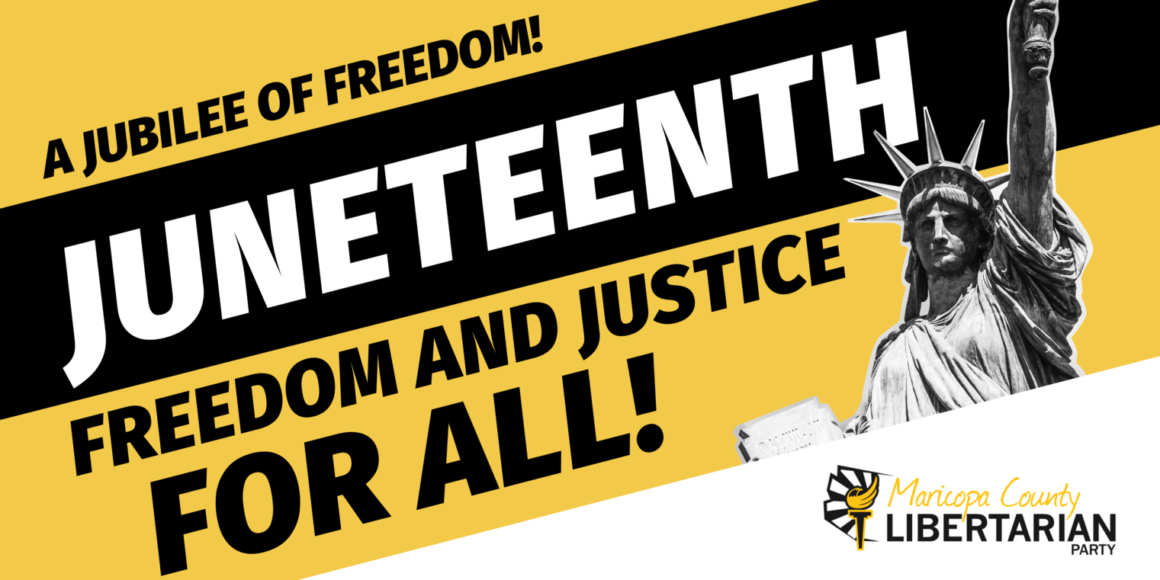 Juneteenth is the oldest nationally celebrated commemoration of the ending of slavery in the United States. The abolition of slavery and the suffering and contributions of black Americans deserve a prominent place in our national narrative. The festive, celebrative spirit of Juneteenth is particularly appropriate for this. The triumph of hope over adversity and liberty over slavery is worth celebrating.

Libertarians stand for all of your freedoms, all of the time. The abolition of slavery was the greatest vindication of individual rights in American history, but government today still violates our rights in too many ways. Tragically, even the history of violent, government-imposed racism didn’t end in 1865. It’s something we still live with today. Racist Jim Crow laws gave way to mass incarceration. Chain-gang “vagrancy” laws were followed by the war on drugs. These new policies are as racist as the old ones ever were, with vastly negative and disproportionate effects on minority populations.

Juneteenth is a celebration of Freedom!

The Maricopa County Libertarian Party will be celebrating from 2-7PM at the 2nd Annual Juneteenth Freedom Celebration event at hosted by the City of Scottsdale and GENERATIONBLK at McCormick-Stillman Railroad Park.

How to get involved or support us…

If you would like to Volunteer for the event, join our Volunteer meeting via Zoom on Wednesday, June 16th at 7pm!

If you would like to give a gift to the MCLP to help support this event and future events, please visit our Donation Page.

Donate to the MCLP